Mrs. Wolf, originally from Colorado, was only First Lady for a brief period of time, but she spent every day of her term at Woodburn. Governor Dale E. Wolf, who served for a term as Lieutenant Governor, was sworn in as the State’s Chief Executive when Governor Michael N. Castle left office to be sworn in as Delaware’s congressman. Governor Carper, who was newly elected, was not to be sworn in for another three weeks, so Lieutenant Governor Wolf assumed the role. Although it was a short stint at Woodburn, Mrs. Wolf enjoyed her time at the Governor’s House and entertained graciously and often. Mrs. Wolf’s portrait was painted by David Larned. 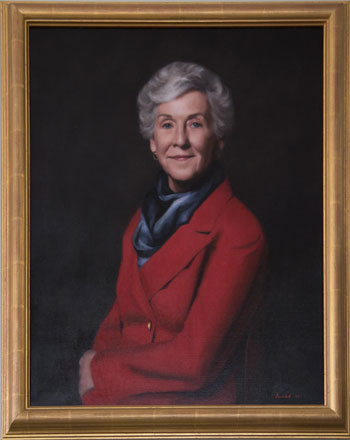