Mrs. Terry, originally from Texas, was married to Governor Charles L. Terry. It was during the Terry Administration, in 1965, that Woodburn was purchased for use as the official residence of Delaware’s Governor. Mrs. Terry, in conjunction with her sister Ms. Mildred Irby, a well-renowned interior decorator, handled the large task of refurbishing and redecorating Woodburn. Through their efforts, Woodburn came to exemplify the dignity of the state and the office of its primary resident. Mrs. Terry’s portrait was painted by Bjorn Egeli. 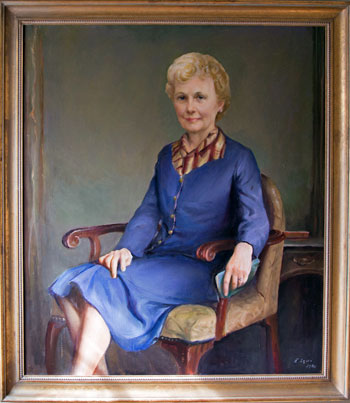