Mrs. Carper, originally from North Carolina, was married to Governor Thomas R. Carper. One of Mrs. Carper’s greatest achievements as First Lady was the renovation of the Hall House, the Governor’s guest house located next to Woodburn. The Hall House was in a state of disrepair, and under Mrs. Carper’s direction, it was turned into a designer showcase, bringing together interior decorators, artists, and landscape professionals from all over the state to overhaul the Hall House and make it the beautiful home it is today. Mrs. Carper’s portrait was painted by David Larned. 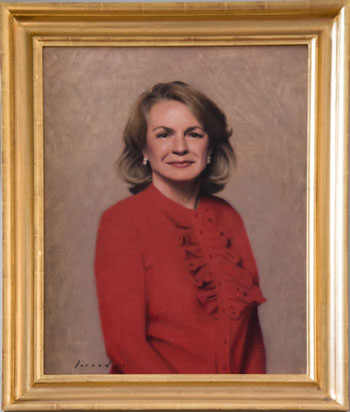