The first documented Woodburn ghost appeared around 1815, about 25 years after the house was built. Dr. and Mrs. Martin Bates, the owners at the time, were entertaining Mr. Lorenzo Dow, a well-known itinerant Methodist preacher. One morning at the breakfast table, Mrs. Bates asked Mr. Dow to begin the meal with prayer. Mr. Dow hesitated and asked if they should wait for the other guest in the house. Surprised, Mrs. Bates explained there were no other guests. Mr. Dow described in detail the gentleman he met on the staircase. The older gentleman supposedly wore a powdered wig, knee britches, and a ruffled shirt. This description bothered Mrs. Bates a great deal because it was an exact sketch of her father, Mr. Charles Hillyard III.

Mr. Hillyard, the builder of Woodburn, has been seen by others since Mr. Dow. Mr. Hillyard, according to Dover history, was known to enjoy a strong drink. If a glass of wine is left downstairs at Woodburn during the night, an empty glass in the morning indicates Mr. Hillyard has been on the prowl again.

Mr. Frank Hall, another owner of the house, claimed to sometimes pass Mr. Hillyard on the stairs and described him as others had in the past.

Governor Tribbitt’s wife, Jeanne, regularly checked the stairway for Mr. Hillyard’s presence. She even left wine out for him a number of times with no results. She noted, “I made sure that I didn’t tell my husband I was doing this, or he would have drank the wine just to tease me!” 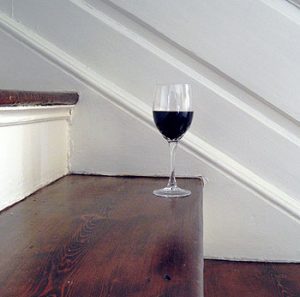 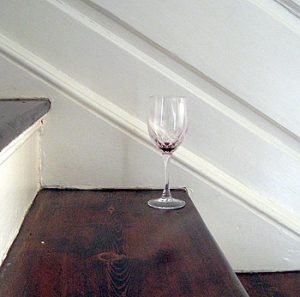